The Complete Guide To The Most Beautiful Diamond Bracelets

If you are searching for some way to add some brilliance to your look, diamonds are your best option! Known as the most beautiful natural gemstone, they are loved for their unmatched brilliance and durability (lasting forever.) Dive in and discover how to improve any outfit with a diamond bracelet.

What is the history of diamond bracelets? 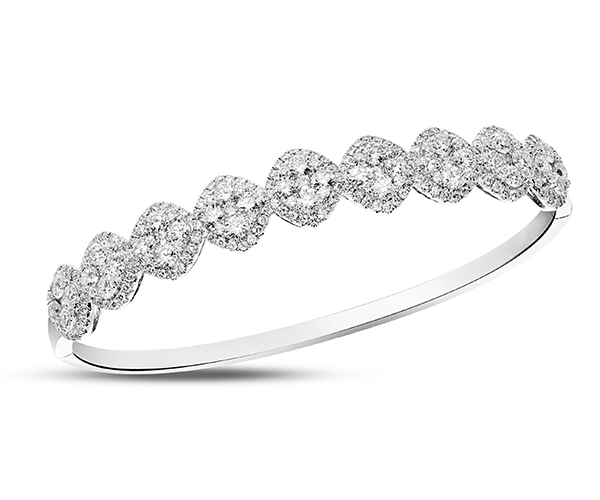 Bracelets have a long history and may have been worn for rituals and ornamentation as early as 7,000 years ago. Ancient bracelets have been discovered by archaeologists in China, Mesopotamia, and Egypt. Bracelets were initially crafted from grasses, slender tree limbs, and shells before being created from copper and bronze. Bracelets made of gold and silver first appeared shortly after the Bronze Age (2000–1400 B.C.). As jewelry started to be used as a status and wealth symbol in various countries, it became increasingly ornate and embellished with shells and stones. Diamond bracelets have been adorned with various gemstones, including diamonds, as early as 300 BC. These straightforward yet opulent bracelets, which first emerged in the 1920s as diamond line bracelets, rose in popularity in the 1970s and are still in demand today.
How to wear a diamond bracelet? 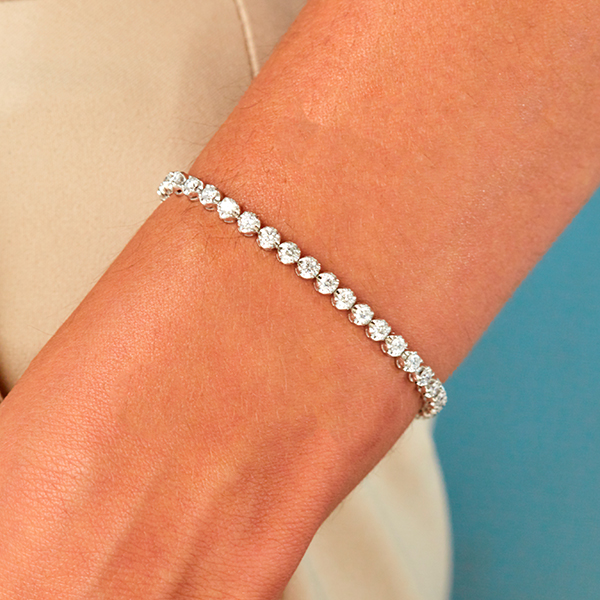 Diamonds are eternal, as everyone knows, making diamond bracelets some of the most classic jewelry pieces you absolutely must have in your collection. However, there are many different styles of diamond bracelets from which to select. No matter what design you prefer — basic drilled diamond solitaire, bangles, or any other — these alluring accessories can add a touch of elegance to your outfit, no matter the occasion. The greatest thing about these bracelets is that they seem like the pinnacle of fashion and a classic at the same time. If you prefer a simpler approach to jewelry, try wearing your magnificent diamond bracelet alone or with a chic watch to bring delicate, understated elegance to your outfit. Thus, they are your best friends in your everyday life! Being a stunning touch to your daily chores (no matter what they are.) You’ll never go wrong with them! Diamond bracelets also offer a touch of sparkle to every action and movement you make, just like diamond rings but in a bigger size – which means more brilliance with the bracelets.
How to wear a diamond bracelet? 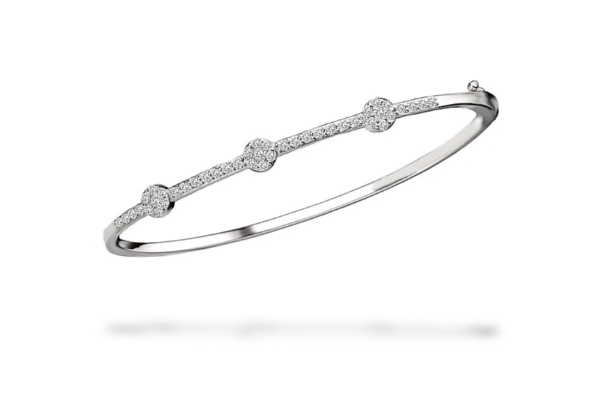 The most popular among every diamond cut, the round cut is perfect for any bracelet design you choose, but principally for tennis bracelets! Round cut it’s also famous as a “brilliant cut” because of the variety of facets that it is subjected to during the preparation process. It’s intended to allow for the most sparkle, also known as brightness – a diamond glows better the more cuts it has. 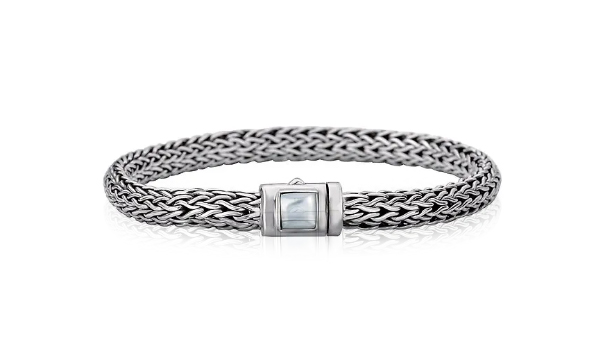 Another very popular cut for bracelets is the princess cut. Like round cut diamonds, they are an excellent option because of their versatility since they match well with whatever bracelet design you might choose to wear. 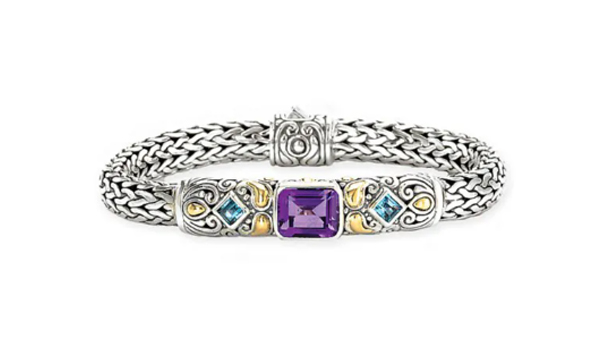 Radiant cut is the first rectangular-cut diamond to provide a full brilliant-cut facing pattern on both the stone's crown and the pavilion, producing a dynamic and lively, sparkling outcome. Here’s a tip: they are perfectly combined with round or square diamonds alike. 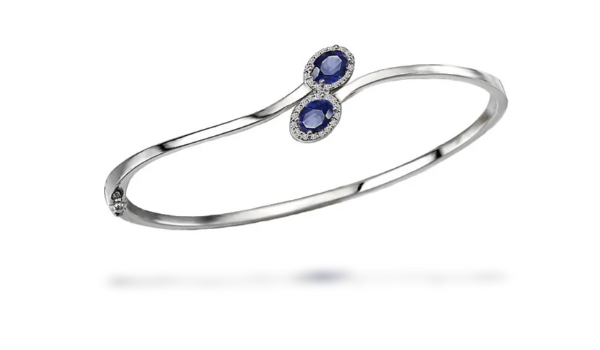 The oval diamond cut is a modified variation of the brilliant diamond cut that has an elongated round shaped diamond. In addition to its lovely aspect, the oval cut's elongated cut has a similar fire and brilliance to the brilliant cut, but with the added benefit of creating the illusion of a larger size in your piece. 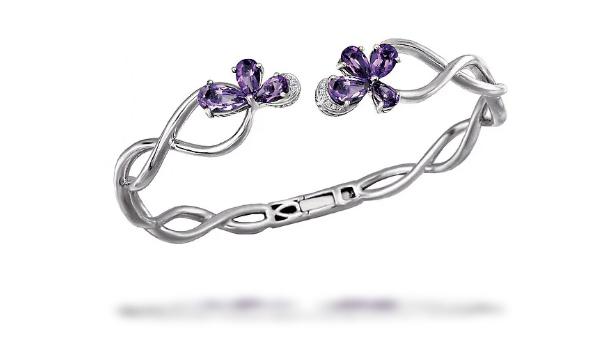 Another brilliant cut variety, the pear shaped diamond is a cross between the round and marquise forms, with flawless or outstanding symmetry. Its name is reminiscent of a teardrop, which adds a pleasant and delicate touch to your bracelet. 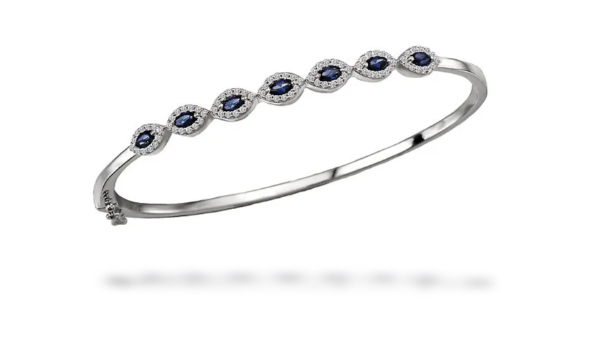 When it comes to marquise cut diamonds, they have one of the highest diamond surface areas in the jewelry market when compared to other diamond cuts. As a result, it is a very beneficial cut for people who want to increase the perceived size of the diamond.

The most beautiful diamond bracelets in Schofield, Wisconsin

At Bling Jewelers, you’ll find the most lovely diamond bracelet you have ever seen. We’ll help you find the perfect bracelet for you. Bling Jewelers is your go-to jewelry store for any jewelry piece in Wisconsin!  We specialize in high-end estate jewelry for unbeatable prices and have many happy customers! Come see us, and you’re likely to become one of them!  Visit our store at 1523 Metro Drive in Schofield, WI, and discover our amazing selection of these jewelry pieces. Feel free to connect with us by following us on social media on Instagram, Facebook, and Pinterest.

The Complete Guide To The Most Beautiful Diamond Bracelets

We have jewelry professionals ready to help.